Earlier this week, Norm, over on his Battlefields and Warriors blog, posted an interesting look at his effort to put a whole wargaming project in a single box.  In a comment, I was going to post a link back to my blog, to a post I had done on the recent upgrade of the scenery in my Portable Fantasy Game/Campaign box.  I was a little surprised to find that I had never actually posted it.  Since I’m on a bit of a painting hiatus for a few more days, I thought it would be a good idea to post it now.   So, without further ado, here is what I should have posted back on the 29th of April:

I spent my extra time this morning (when I used to commute) doing one of the nagging little hobby tasks on my list: repacking the portable fantasy game.  This task became necessary last week when I received a package from my mother with new terrain pieces.

The original set-up started with a double-sided ground cloth and a group of double-sided hill/pillows (fabric over upholstery foam) done for me as a custom project by an Etsy craftsperson who was in college with my son: 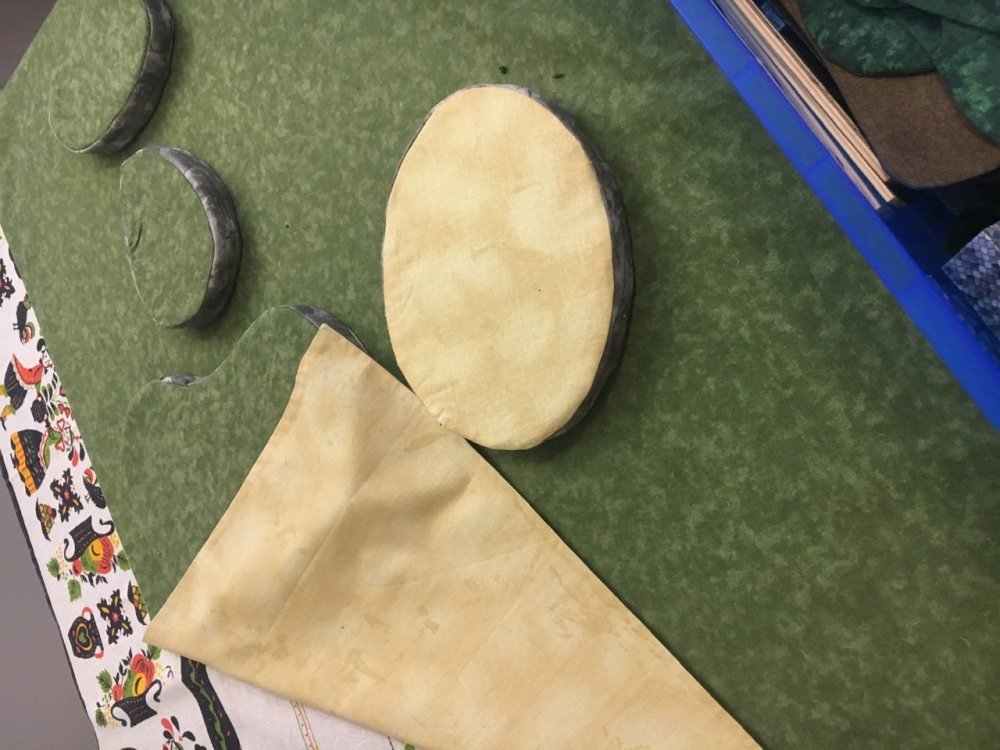 What I got from my mother (whose main hobby is quilting) was the scenery bases.  Linear pieces are double-sided to serve as streams or roads.  The large irregular circle pieces are all backed with woods base material on one side, and brown, grey, or blue on the other side to designate rough ground, town areas, ponds, etc. as necessary. 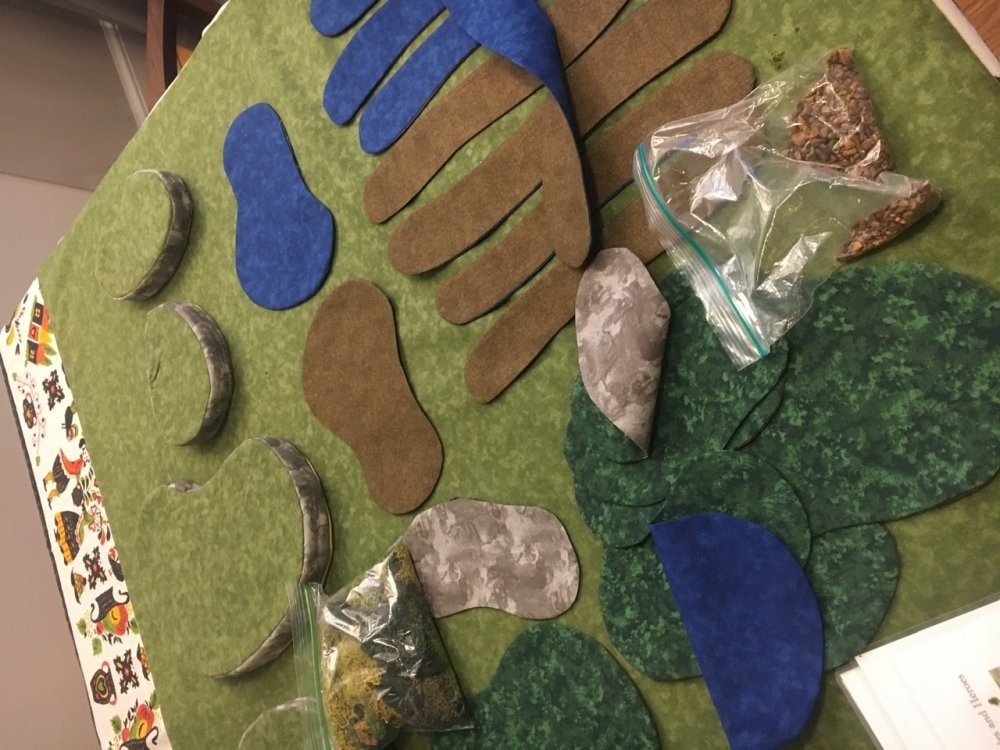 The scenery package also includes a bag of small stones for scatter decoration and to marks fords or whatever, and lichen to enhance the appearance of stream banks, woods bases, or to serve as hedges as needed. 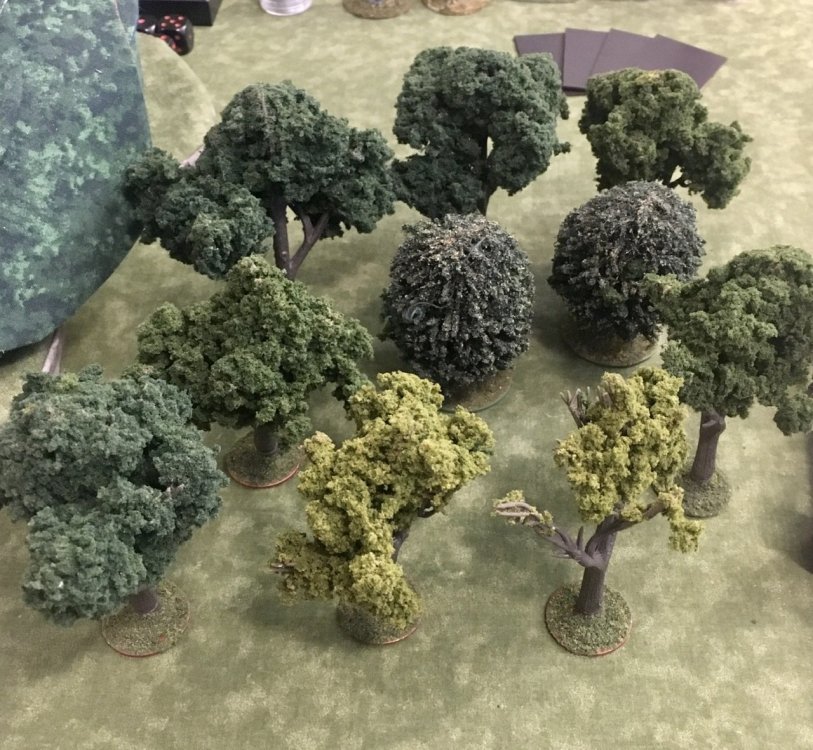 There is room in the box for about 10 trees, mounted on steel washers to engage with rare earth magnets placed under the scenery bases to give them a little stability... 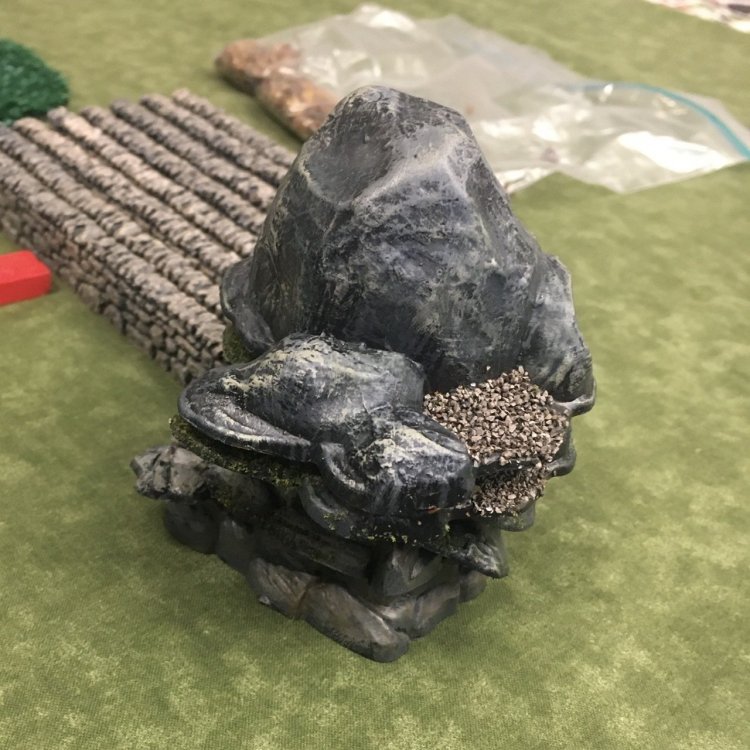 There are also a half dozen plastic rocks, which are very light, and also nest for travel. 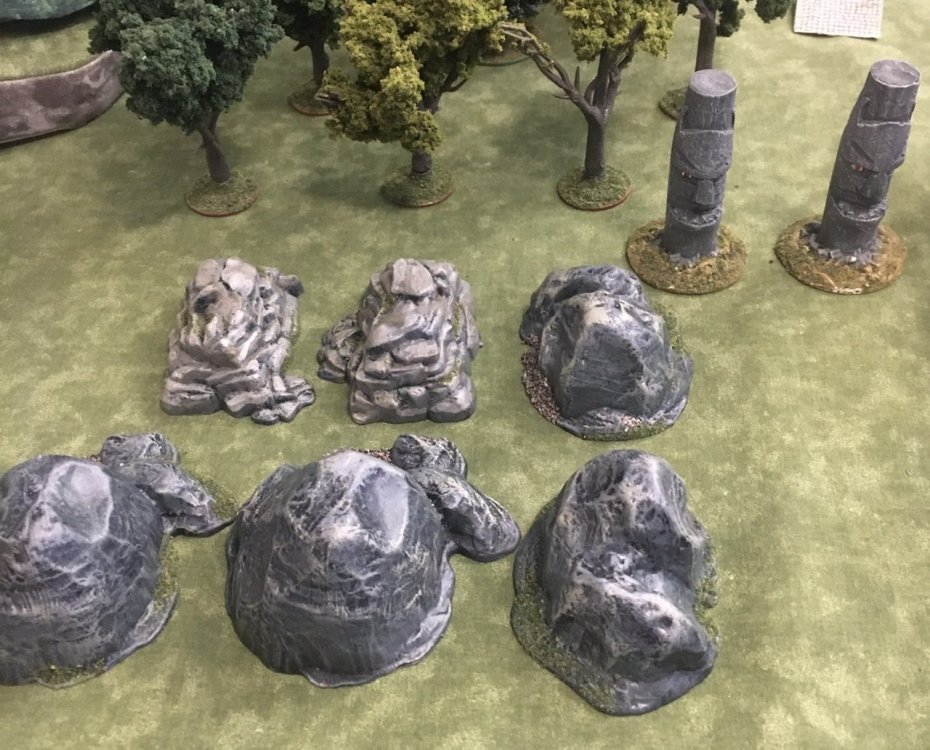 ...and a couple of stone heads, because I don’t seem to be able to have fantasy scenery without stone heads.

A few old resin low walls, nicely sized for 1/72 scale figures, have been repurposed for this. 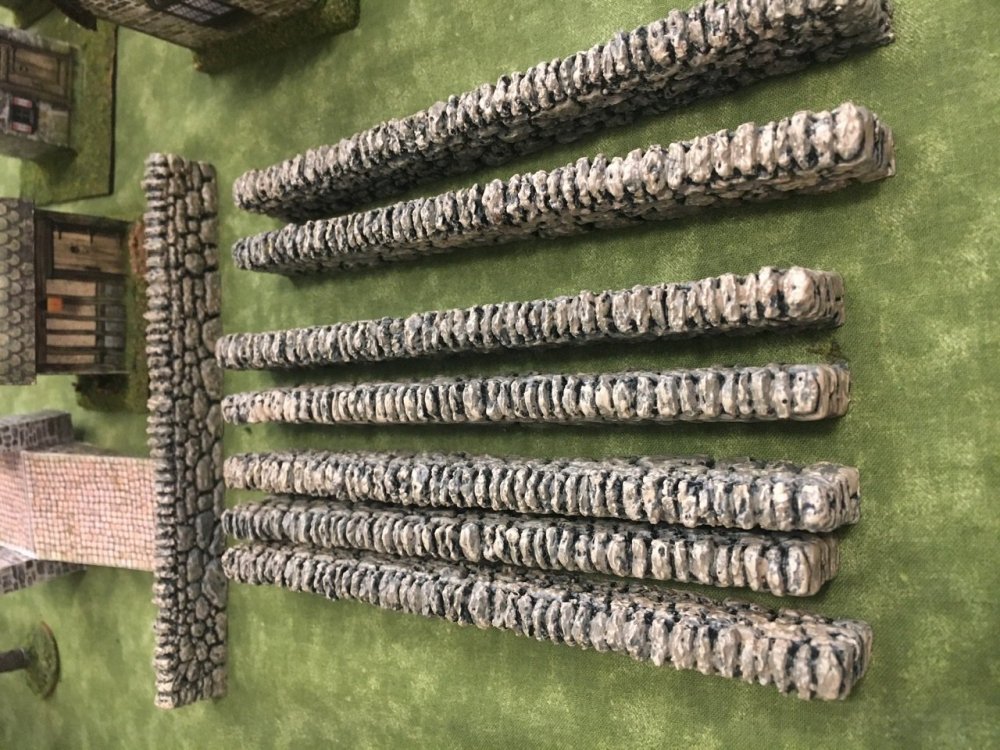 And, to keep things light, there is a collection of card model buildings (all Dave Graffam models printed at 75% of base size): 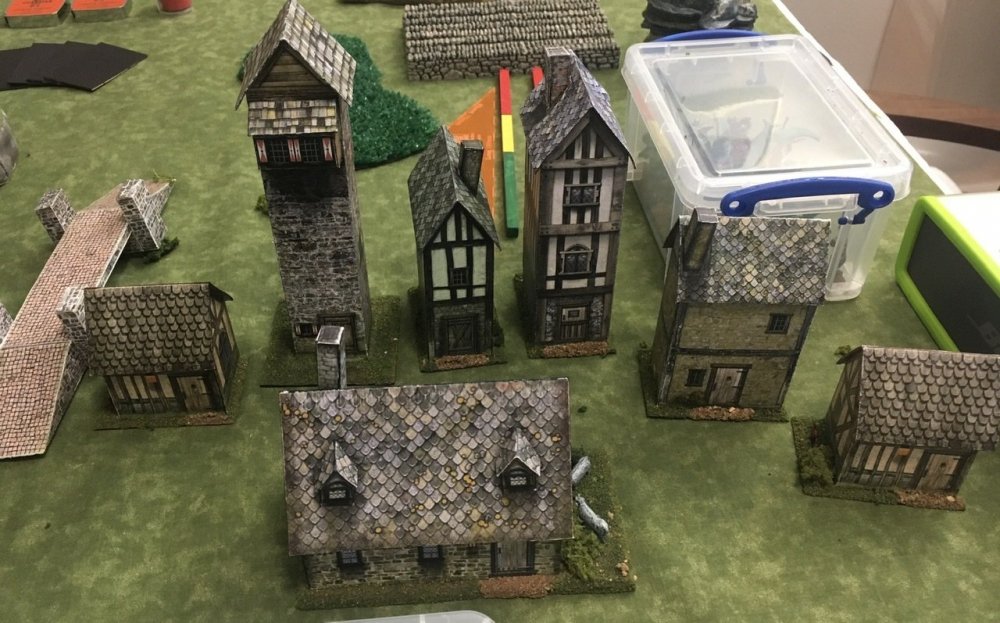 As I noted above, I expect to carry one or more supplemental figure boxes for a trip to a convention, but there are two boxes internal to the main storage box: 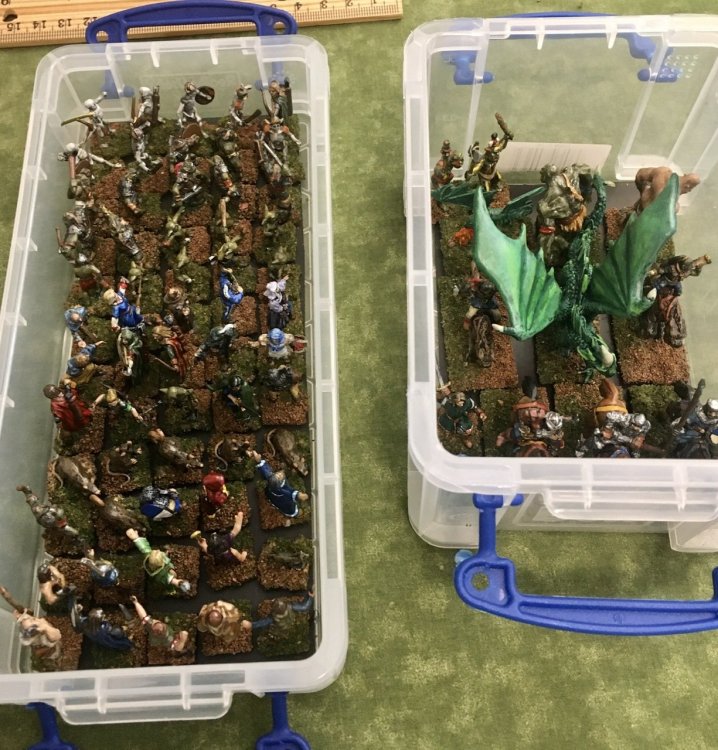 Since this is intended to be a ready-to-go gaming kit, there are rules, and a set of laminated orders of battle and quick reference sheets: 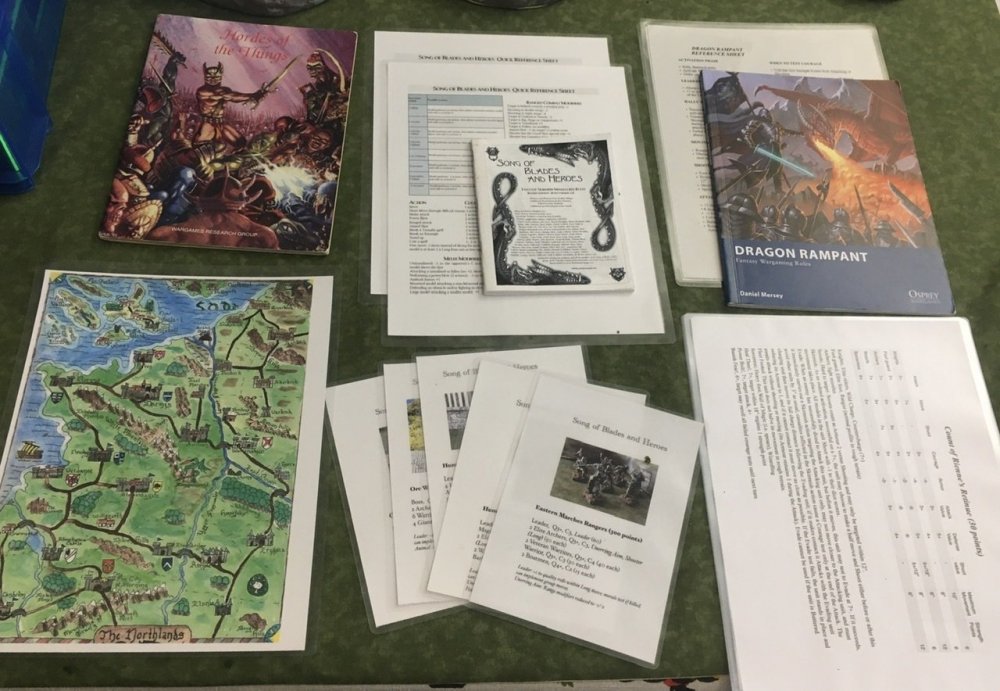 And a set of dice, markers for various games, tape measures, rulers, and measuring sticks: 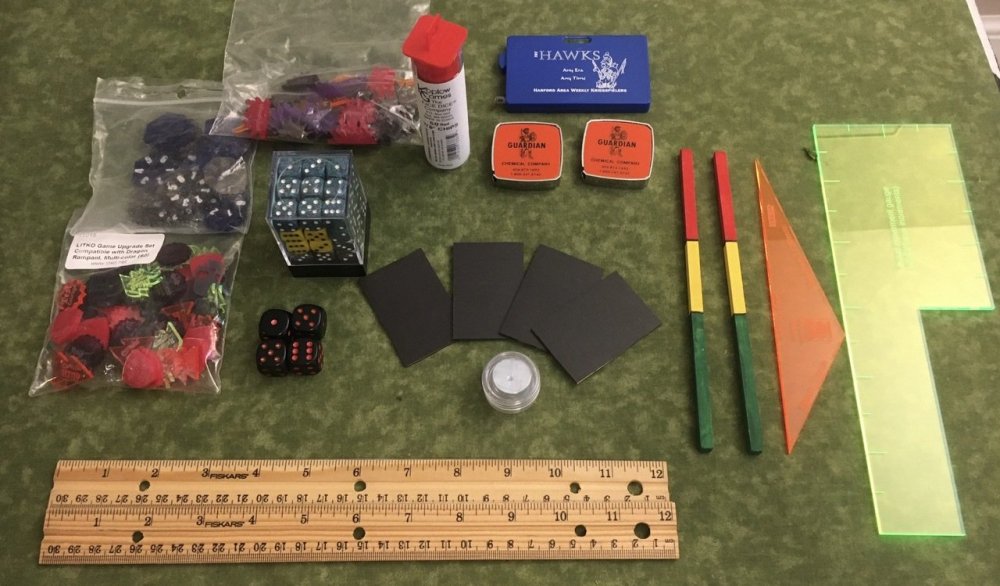 Once it was all laid out and trimmed of extra rules, handouts, etc., it was time to pack it back up. Buildings, troop boxes, and trees form the lowest layer, with small bits like tape measures and dice forming the next layer.

On top of that go one layer of hills, the rules, the ground cloth, and the other two hills.  Happily, the hills are fairly compressible.  Everything is stacked to avoid compressing the buildings at the one end: And finally, to prove that it can be done, the lid goes on: 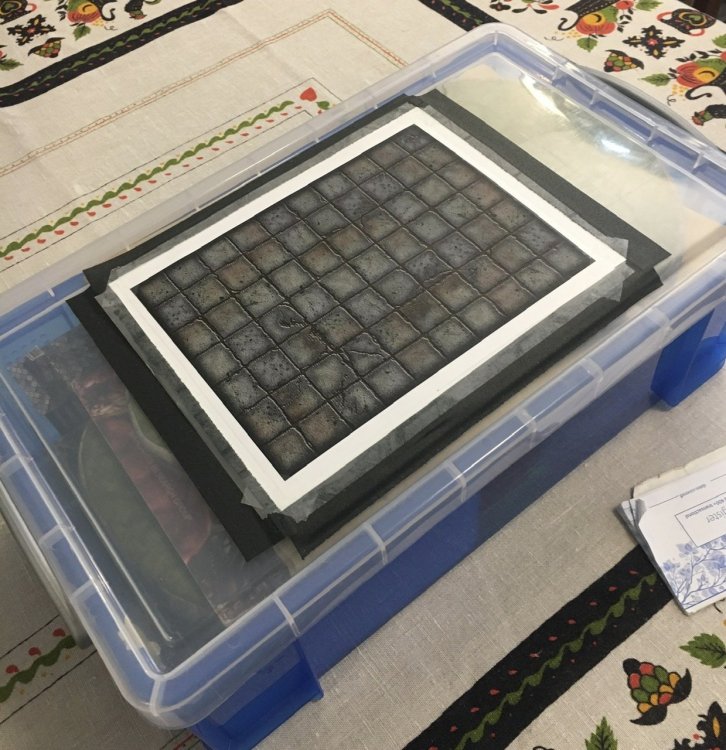 The lid has a thin steel sheet with a dungeon floor pattern attached above it, so that a dungeon environment can be deployed in a pinch.

And, there we are, ready to head to a convention...if there were such a thing right now.