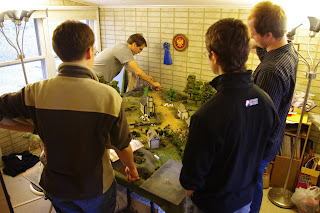 Norman helpfully provided a couple of friends yesterday for a test of the Cold Wars medieval skimish scenario. I hope to have a more complete report posted this evening...
Posted by Rob Dean at 8:19 AM 1 comment: 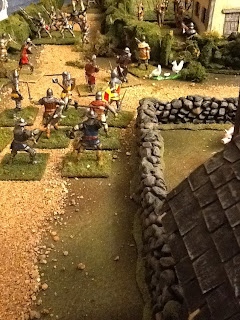 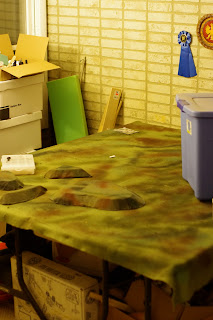 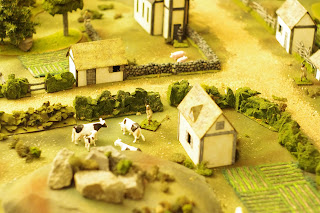 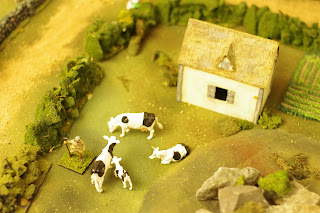 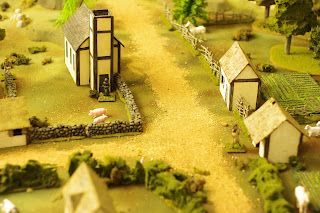 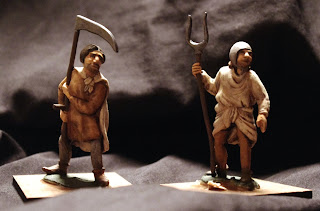 As my teaser shot earlier today showed, I had some time to work on miniatures this afternoon, and chose to invest it in finishing up two peasants from my recent order of Irregular Miniatures. While rather larger than the Accurate figures making up the bulk of my project, there are limited options in 54mm, and I'm hoping that the overall look of the table will be acceptable.
Posted by Rob Dean at 8:05 PM 4 comments: 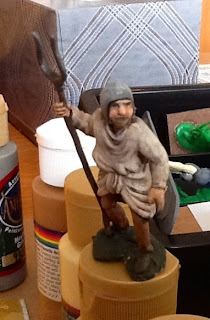