Pictures from a few recent games

Having found a system for updating that seems to work, I thought that I might as well take this opportunity to catch up with a few pictures from games that have taken place since March.

My brother Norman, shown below in the light blue shirt, has gotten back into gaming within the last two years, after a hiatus of a couple of decades.  He has been wanting to run a 1975 game called Ringbearer for a long time, so we arranged to try to put it on at Cold Wars this year.  Ringbearer compresses the Lord of the Rings onto a single table, as seen below.  Mount Doom is at the near corner and the road to the Shire is diagonally opposite it, by the younger gamer.  We will be staging this again at Gencon this year, but we are regrettably going to have to abandon the idea of using the original rules as is.  We discovered the hard way that what looked fine on paper didn't actually work when we put it on the table.  I regret the lack of playtesting, but we did warn the potential players and give them a chance to back out. 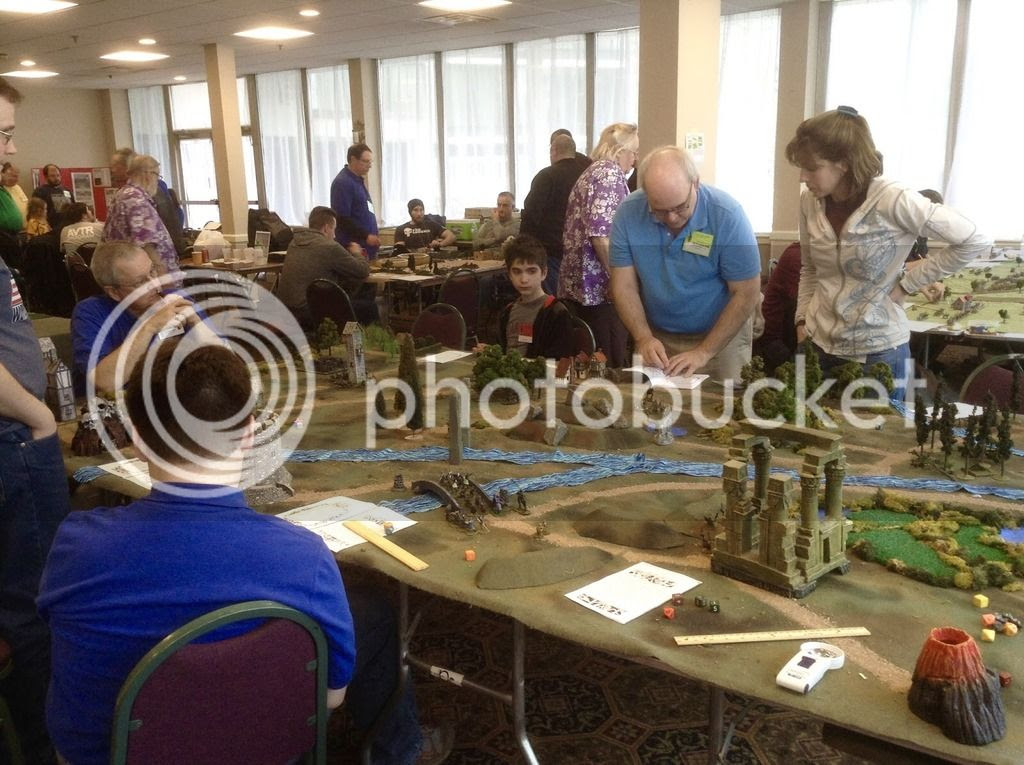 In mid-April, both of my sons were up for a weekend visit, so we took the opportunity to finish off a mini-campaign Norman (son) had set up, which ended, rather to my surprise, with my army victorious.  We were using Hordes of the Things, and our 1/72 scale fantasy armies. 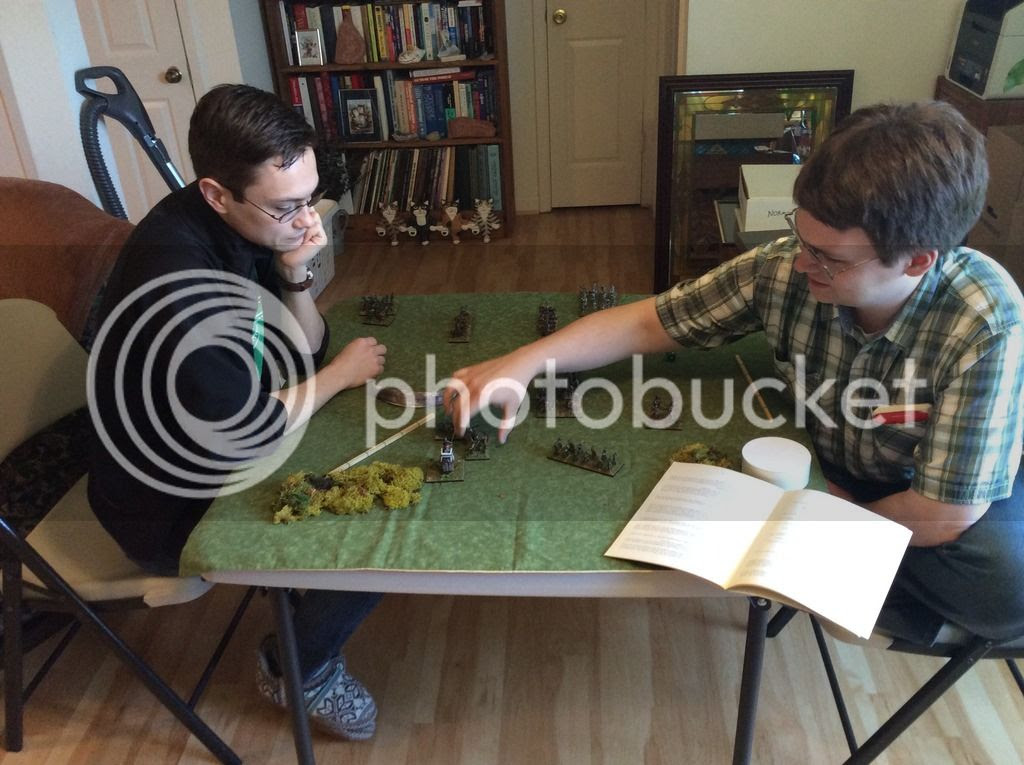 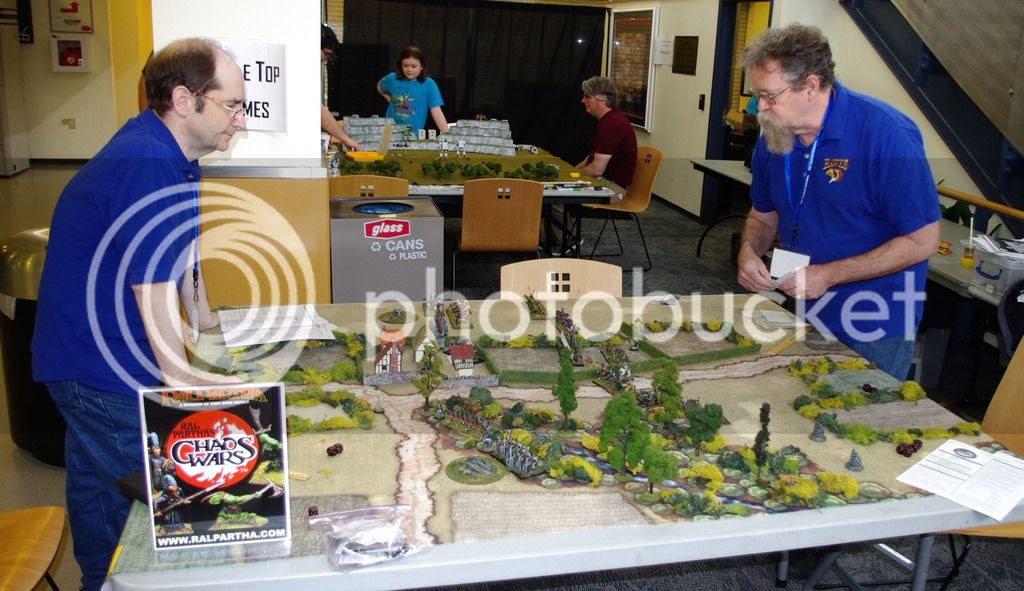 I have been experiencing technological difficulties in updating this blog lately.  I will leave this up if it works, but, basically, I'm tring links to photobucket to allow me to email an update with more than one picture.

The Reaper Forums, as I mentioned in the last post, sponsored a Memorial Day binge painting event.  Some of the other participants were also painting some vintage figures, so when I cleared my desk of what I had done, I finished scaling off the old paint on a couple of Garrison Sword and Sorcery figures, plus a Minifigs ME elf archer.

I didn't check the Lost Minis Wiki for the identity of this fellow until after he received the blue and white paint job, so he's probably not really going to be used as a "Follower of Set" when he goes on the table.