With the week off from work, I was able to make some progress on painting.  I have been wanting to get some orcs done for my 5-country fantasy campaign, and started with a Hordes of the Things “Blade” stand: 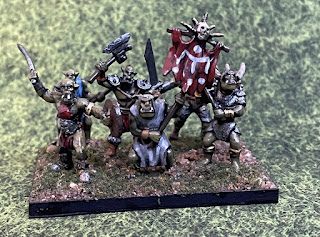 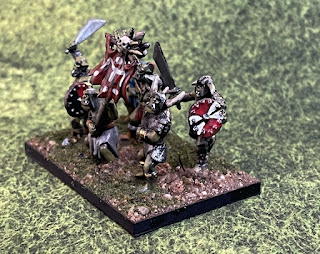 These figures are all Caesar orcs, a mix of Set 1 and Set 2.

I also had some archers primed and ready to paint: 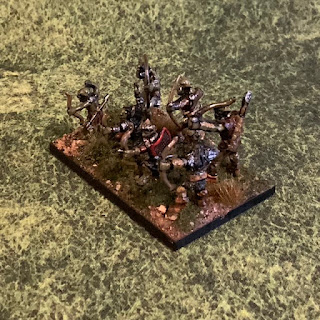 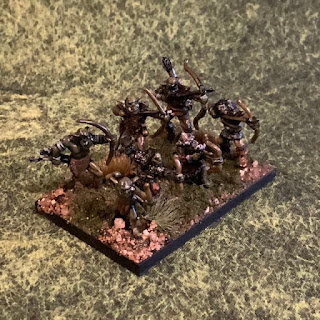 The final orc army will include the larger Caesar orcs as the “blades”, the smaller Dark Alliance orcs as the “warbands”, and Caesar goblins as “hordes”.  The warlords of the orcs are apparently pragmatic, and group together for field service anyone who shows up at the muster with a bow, so there are three Caesar orcs, a Caesar goblin, and 3 Dark Alliance orcs on the stand.

Having accomplished what I set out to do, and inspired by a recent stand painted by my son Norman, I decided to paint a HotT “Magician” stand with three figures from the Caesar Adventurers box as a reward. 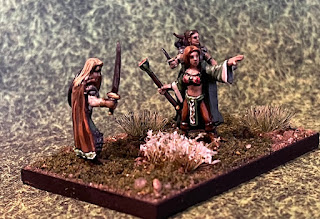 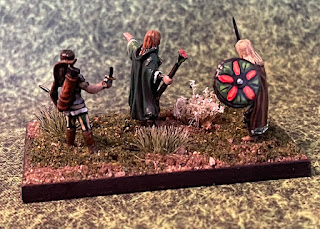 Unfortunately, the fantasy vacation is over, and it’s back to the reality of work tomorrow.  My original plan for the project involved about 100 stands, and I’m at ~57 of those now.  As with any gaming project, the plan has had a tendency to expand, but may be revised back down a little as the completion approaches.  A few more orc stands would be desirable before getting on with the second year of the solo campaign, and the month isn’t over yet.