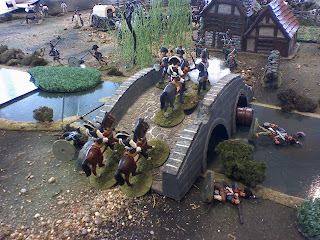 Figures shown in the foreground here are all assembled from Nuernberger Meisterzinn 40mm multi-part castings.
Posted by Rob Dean at 4:25 PM